What Really Happens After a Hurricane 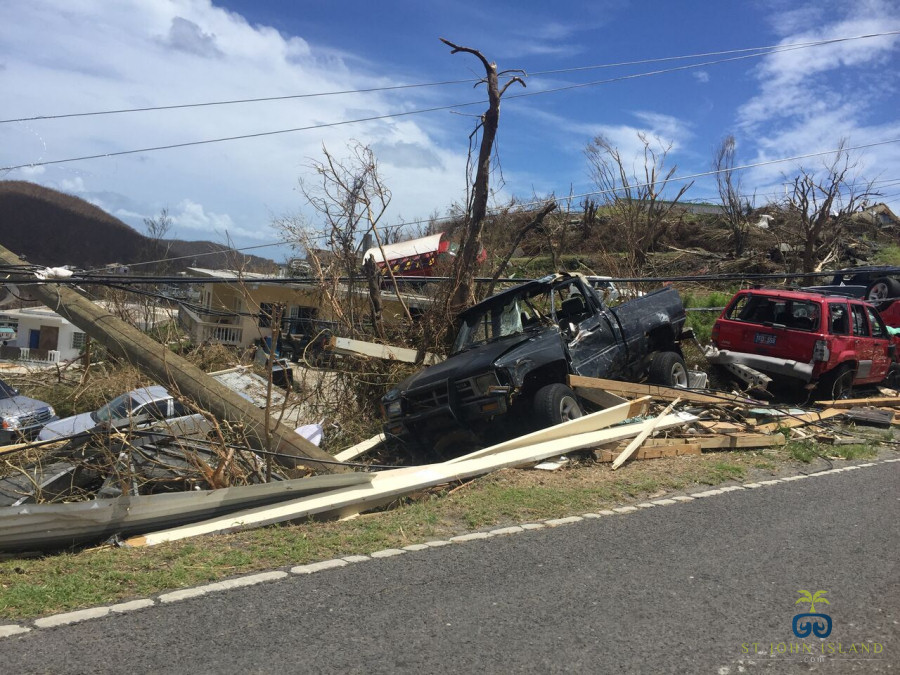 Island residents don’t evacuate before or after a hurricane because there’s nowhere to evacuate to. The local advice is to hunker down with plenty of canned food and water in the most protected concrete room in your home (or someone else’s concrete house if yours happens to be made of wood, or you live on a boat). Ideally you, your friends, and your pets, are strapped-in and wearing a helmet of some kind. Storms can last a few hours to a couple days. Hurricane Irma began to rear her ugly strength after dark on the evening of September 5th and continued through daylight of the 6th. Those who emerged from their bunkers before dark on that second day were not prepared for the depth of destruction they would see. Foliage, houses, and cars had been stripped, ripped, and flipped. The scene was surreal, with the grey skies shining gloom on what had been an idyllic little gem just a few hours earlier.

Jerry, a 20+ year resident of St. John with a local pool business, rode out the storm in his home atop Bordeaux Mountain. While his sturdy home and roof were spared, the rain forest that Bordeaux is known is no longer. Jerry opened his front door to a horrific scene. What was once dense green and thick with wildlife was now just piles of stripped trees piled like God was playing a wicked game of Pick-Up-Sticks.

Jerry knew from past experience that it would be weeks, if not months, before electricity would return to St. John after a hurricane of such magnitude, so he set to work on the unending task of cleaning up. Tamping down knee-high debris of leaves and sticks with his work boats, he didn’t have to go far from his front door before a downed tree would require a larger chainsaw. When the light of the day began to fade, Jerry would wash-up from a bucket of water he siphoned from the cistern and went to bed in what would be the first of many of the longest nights of his life. Without the glorious luxury of electric fans, rabid mosquitos freely ravage the sleepy and the sweaty.

It took Jerry two days to saw through the rubble and connect with other intelligent life, and another two days before his road was clear enough to walk to Centerline Road, where Chateaux Bordeaux stood, or rather used to stand.

Chateau Bordeaux – Then, Now, and Soon To Come