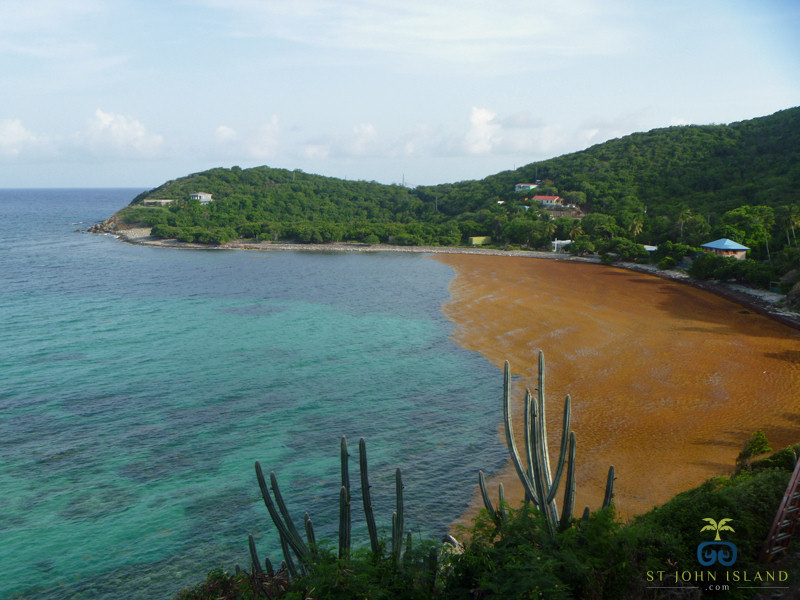 Visitors to St. John stopped me yesterday and inquired about “the brown stuff” floating in the water. It’s not something visitors from a few years ago would have seen, but folks today will see it all the time. The “brown stuff” comes from the Sargasso Sea and although it looks like dead seaweed, it’s not, it’s very much alive. Sargassum dislodges from the shallow waters of the Sargasso Sea (near the Bermuda triangle) and floats along with the currents, acting as a protective cover for tiny fish and baby turtles.

When Sargassum comes ashore it eventually dries out and breaks down under the sand. When it’s here it’s nearly impossible to conceive that it will disappear, but it does. We just never know when it’s coming, or how long it will stick around. It’s a hippie weed.